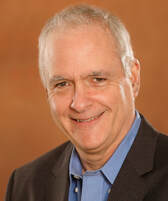 ​Boundless Kindness -
​The Message of His Holiness the 14th Dalai Lama
with Dr. Guy Newland

Via Zoom. Registration is required.


Program Description:
What does His Holiness the Dalai Lama think is most important for Americans to know?

When the Dalai Lama left Tibet, he personally carried his own copy of Tsongkhapa's Great Treatise on the Stages of the Path (lamrim chenmo). In 2008, His Holiness opened that very same book and -- for the first and only time -- taught it to a Western audience.

Join us for an engaging series with Guy Newland, Ph.D., scholar of Tibetan Buddhism and professor at Central Michigan University since 1988. Professor Newland will give an overview of Tsongkhapa's treatise and will explore the creative way the Dalai Lama illuminated the text, not merely rehearsing it point by point, but making his own arguments about what is most essential within it.

Students may also be interested in this book written by His Holiness and translated by Professor Newland:
From Here to Enlightenment: The Dalai Lama's teachings on the Spiritual Path
https://www.shambhala.com/from-here-to-enlightenment-15816.html

​About Guy Newland:
Dr. Guy Newland is Professor of Religion and former Chair of the Department of Philosophy and Religion at Central Michigan University where he has taught since 1988. He holds a Ph.D. in the history of religions from the University of Virginia, where he studied Tibetan Buddhism with Jeffrey Hopkins. Guy has also studied with many Tibetan scholars in the U.S. and India. He is an editor of the three-volume translation Great Treatise on the Stages of the Path to Enlightenment and Changing Minds, and the author of four other books: "Introduction to Emptiness", "The Two Truths: Appearance and Reality", and "A Buddhist Grief Observed."
Registration:
Advanced registration for this program is required. Once you register, you’ll receive a welcome letter with course materials and any additional details. The Zoom link will be included on your registration ticket/receipt.

No one will be turned away for lack of funds. Please contact us at office@tsechenling.org to inquire.
​
Register here