The Meaning of Refuge

with Elaine Jackson
Sunday, October 7, 10am - noon
Taking Refuge in the Three Jewels (the Buddha, the Dharma and the Sangha) is the formal manner by which one enters the Buddhist Path. By taking safe direction in the Buddha (the teacher), the Dharma (the teaching) and the Sangha (the Arya Sangha of realized practitioners), we deepen our work on ourselves and undertake the practices that allow us to accomplish total enlightenment. Refuge is the foundation of all practices Buddhists undertake, whether they are beginners or advanced practitioners.

In the lead up to Geshe Ngawang Dakpa giving Refuge at Tse Chen Ling on October 14th, teacher and experienced practitioner Elaine Jackson will discuss what Refuge means, how to prepare for taking Refuge and how we can begin to integrate its meaning into our lives. 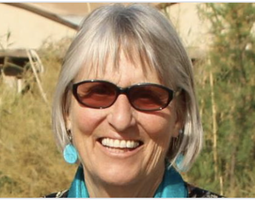 Elaine has been a student of Lama Yeshe and Lama Zopa Rinpoche since 1977. She has studied with many great masters including Kyabje Zong Rinpoche, Choden Rinpoche, Kirti Tsenchab Rinpoche and Ribur Rinpoche among others. She completed a three-year retreat in 2014. Since her retreat, she has been teaching at centers in the United States and abroad.