Upcoming Events
While on a spiritual path, it is often nice to have some variety in our practice. Prayer and ritual are excellent ways to practice Dharma in addition to study and meditation. Tibetan Buddhism is filled with tools to engage the body, speech and mind in different ways.
In this series, we will explore different aspects of the practice of Tibetan Buddhism. Some of the practices we will learn about include: Prostrations to the 35 Buddhas, Water bowl offerings, Vajrasattva practice, Taking refuge to three jewels, etc. 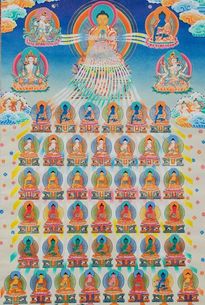 The Confession of Downfalls to 35 Buddhas with Ven. Carol Corradi
Nov 1, 7-9pm

“Lama Atisha explained why reciting the names of the Thirty-five Buddhas has so much power,” Lama Zopa Rinpoche said, speaking on purification practices during the Lama Tsongkhapa Guru Yoga retreat at Istituto Lama Tzong Khapa in 2003. “In the past, when the Thirty-five Buddhas were bodhisattvas, they made many prayers to be able to benefit sentient beings, to easily purify our defilements and negative karma. When they achieved enlightenment, they achieved the Buddha’s ten qualities or powers, one of which is the power of prayer. So, their names have the power of all those past prayers. That is why, when sentient beings recite their names, they have so much power to purify defilements and eons of negative karma...” In this class, Ven. Carol will be discussing the confession to the 35 Buddhas and the benefit of the practice. 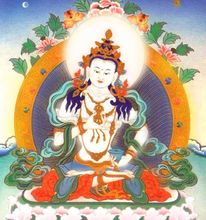 The practice of Vajrasattva (rDo-rje sems-dpa’ in Tibetan) is done as a means to purify negative actions (karma) that have been accumulated. The practice of Vajrasattva typically combines a mind of bodhicitta, the cultivation of the four opponent powers and recitation of the hundred syllable mantra. It can also be done in the context of cultivating preliminary practices or "ngondro." Join us as Ven. Gyalten Palmo provides an introduction to this practice and advice on how it functions on the path to enlightenment. ​ 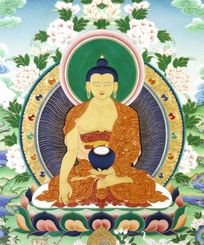 Taking Refuge in the Three Jewels (the Buddha, the Dharma and the Sangha) is the formal manner by which one enters the Buddhist Path. By taking safe direction in the Buddha (the teacher), the Dharma (the teaching) and the Sangha (the Arya Sangha of realized practitioners), we deepen our work on ourselves and undertake the practices that allow us to accomplish total enlightenment. Refuge is the foundation of all practices Buddhists undertake, whether they are beginners or advanced practitioners. In this class, Ven. Gyalten Palmo will be discussing the practice of cultivating extensive Refuge in order to more deeply connect with this foundational practice. 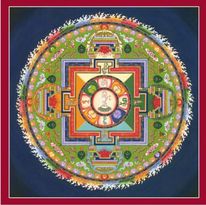 In Tibetan Buddhsim, images such as statues and thangkas (Tibetan Buddhist paintings) are used to generate inspiration on the path and as supports for detailed visualizations. Join us as Ven. Gyalten Palmo discusses the rich symbolism seen in Tibetan Buddhist art. 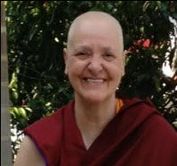 Ven. Gyalten Palmo left home to spend 4½ months in India with an enlightened master in the late 1970's, having a long-held interest in the mind's capacity for transformation. She started studying Tibetan Buddhism at the turn of the century. She has studied closely under Ribur Rinpoche, Choden Rinpoche, Geshe Ngawang Dakpa and Lama Zopa Rinpoche. She went on to complete the Foundation for the Preservation of the Mahayana Tradition's (FPMT) Basic Program coursework and retreats. In 2012, she was ordained by Choden Rinpoche at Sera Jey Monastic University in India. As an FPMT-registered teacher, she has been teaching Discovering Buddhism regularly since 2013. Ven. Palmo loves studying and sharing the Dharma with others.​ 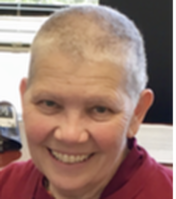 Ven. Carol Corradi has been a nun in the Gelug Tradition for over 25 years. In 1990 she helped found Tse Chen Ling Center for Tibetan Buddhist Studies in San Francisco. She has taught various courses over the years at Tse Chen Ling, including the Discovering Buddhism series. Having worked as a mechanical engineer for over twenty years, she brings an analytical and practical perspective to her study and presentation of Buddhist concepts and meditation.
Your generous donations are essential for the continuation of programs like this. No one turned away due to lack of funds. Please contact us to make arrangements.