No Mud, No Lotus

with Scott Tusa
Sunday, September 16, 10am - noon
The Buddhist path of understanding and meditation offers us a way to work with our human situation. Rather than turning away, we grow our resilience by turning towards the difficulties in our life. We eventually come to realize that without the mud, there can be no lotus. In this workshop, and through a combination of experiential learning and meditation, we will explore practices and theories that enable us to turn towards life’s challenges with strength, finding greater efficacy in overcoming mental and emotional habits that cause us unnecessary suffering. 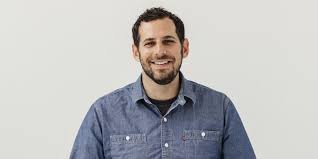 Scott Tusa is a Buddhist teacher based in Brooklyn, New York. Ordained by His Holiness the Fourteenth Dalai Lama, he spent nine years as a Buddhist monk, with much of that time engaged in solitary meditation retreat and study in the United States, India, and Nepal. He teaches meditation and Buddhist psychology extensively in group and one-to-one settings, and supports Tsoknyi Rinpoche's Pundarika Sangha as a practice advisor. He trained in Buddhist philosophy and meditation with some of the greatest living masters since his early twenties, including Lama Zopa Rinpoche, Tsoknyi Rinpoche, and Tulku Sangag Rinpoche.

Scott is featured regularly at MNDFL Meditation Studio, Tibet House, Nalanda Institute, Dharma Punx, InsightLA, and teaching retreats with Tsoknyi Rinpoche's Pundarika sangha. He has also been featured at Against the Stream, the Den Meditation, Ocean of Compassion Buddhist Center, Vajrapani Institute, Shantideva Meditation Center, and many other meditation organizations and communities.