with Ven. Tenzin Chogkyi
Sunday, August 19, 10am - noon
Most of us struggle with disturbing emotions such as anger, attachment, jealousy, resentment, etc., that are disturbing to our own happiness, and often others’ as well. Anger is an emotion that can cause the most harm to us and to others.
Why do we experience anger so frequently? What is the function of anger? Does Buddhism have any unique perspectives to offer that can help us manage our anger mindfully? Is there such a thing as constructive anger, or is anger always destructive?
Join us to investigate these questions with a exploration that will include discourse, discussion, and a guided meditation session. This session is suitable for new students as well as experienced students wishing to deepen their practice. 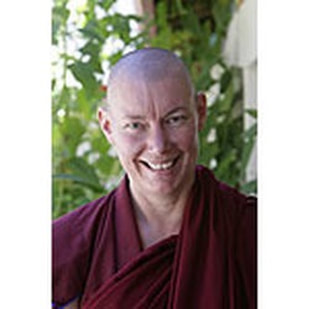 About Ven. Tenzin Chogkyi
Venerable Tenzin Chogkyi is a Buddhist nun, activist and popular Buddhist retreat leader and teacher. She loves bridging the worlds of Buddhist thought, current affairs, and the latest research in the field of positive psychology. As well as being passionate about her spiritual practice she also cares deeply about prison reform, animal rights, equal rights for all and bringing an end to human trafficking and other modern forms of slavery.
Venerable Tenzin is authorized by the FPMT to teach at both the foundational and in-depth level as well as to lead long retreats. She is also a teacher of the a.r.t. of Fulfillment, one of the secular programs of the Foundation for Developing Compassion and Wisdom, and in October 2017 will be beginning the teacher training for Compassion Cultivation Training, a program developed by Geshe Thubten Jinpa and colleagues at Stanford University. In addition, she is certified teacher of Cultivating Emotional Balance, a secular program in dealing with emotions developed by Alan Wallace and Paul Ekman at His Holiness the Dalai Lama’s request.
In March of 2013, she became resident teacher at Gendun Drubpa Centre in central British Columbia. In December of 2015, she returned to Vajrapani Institute in California as resident teacher, and in August 2018 will be moving to Land of Medicine Buddha in Soquel.